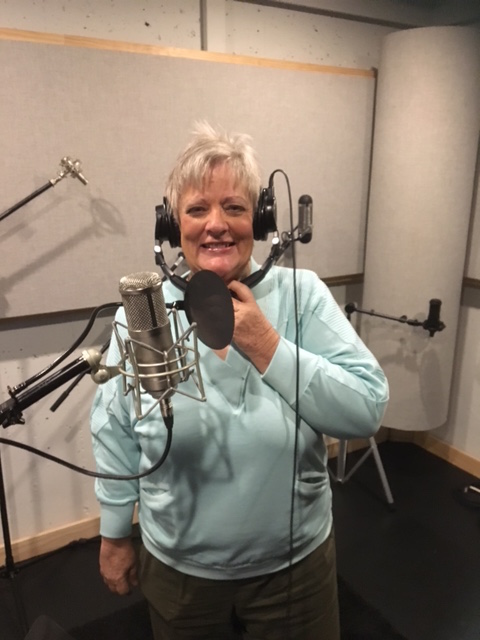 In the studio putting the finishing touches on the audio version of, Kickin’ Cancer’s Butt, AGAIN! (how to fight cancer with faith from a multiplatinum award winning songwriter who’s done it three times!)

Yes, I’m doing this after a good number of requests from peeps who like to read while exercising or being stuck in traffic. But, to be honest, I’m mostly doing it for those who find themselves sitting in a chair being pumped full of biohazardous material for 5-6 hours at a time… the chemo warriors! This was written with you in mind, your caregivers, your family and friends. And I know it’s easier to listen while you’re sitting there rather than to have to read. As an added bonus, I embedded four or five of my songs here and there, because I know for me, music was a real soothing and peaceful friend throughout my stint at chemo camp.

KCBA is meant to give you encouragement and inspire you to keep being the champion that you are!  Also be sure and go to YouTube and watch the song/music video that Mama Jan Smith and I put together for you, titled, Bald is Beautiful. Hope it makes you smile!

You know what I say, “When cancer hit me, I hit back!” Well, you can do the same! Keep fighting the fight and be assured, that good will come of this!


Deprecated: Directive 'allow_url_include' is deprecated in Unknown on line 0