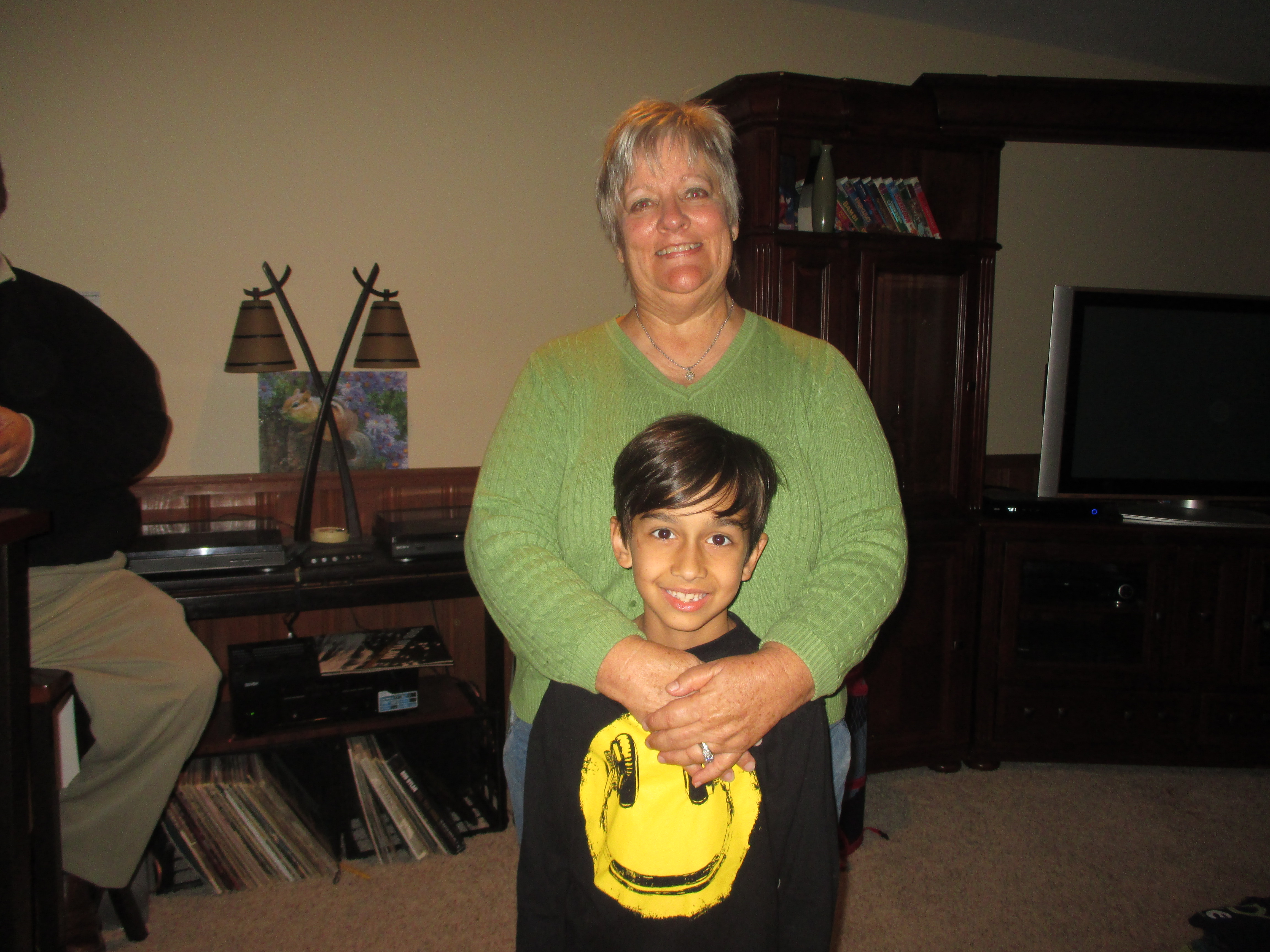 When we arrived in Ft Wayne, Azaan hugged me and then immediately asked,”Grammy will you cook some Grammy food for us”? I was thrilled at the request and told him of course I would!

A couple days later I went to his school and read, There’s an Owl in the Closet and he helped me teach his class the sing along song. That afternoon when he arrived home from school, I was in the kitchen preparing more Grammy food. He came in to hug me and with great conviction, the following conversation with Grammy occurred:

Azaan:(wide-eyed and very enthusiastic) Grammy I have a good idea!
Grammy: Tell me!
Azaan: Well you could be the cook in our cafeteria at school!
Grammy: (smiling and trying not to laugh)
Azaan: You could teach the kids how to cook too, like you taught me. And then they would start eating what they cook, like we do. And maybe they could learn to eat vegetables like me.
Grammy: (smiling and nodding)
Azaan: (a pause and then the punch line) And… then I would get to see you everyday!

(No matter what age or stage in life it’s always a gift to know that you’re loved missed and wanted.) Grammy, with her love tank overflowing tries not to burst into tears and scare her grandson.wink emoticon Instead she stops mashing the potatoes and opts for another hug. Happy Grammy!


Deprecated: Directive 'allow_url_include' is deprecated in Unknown on line 0