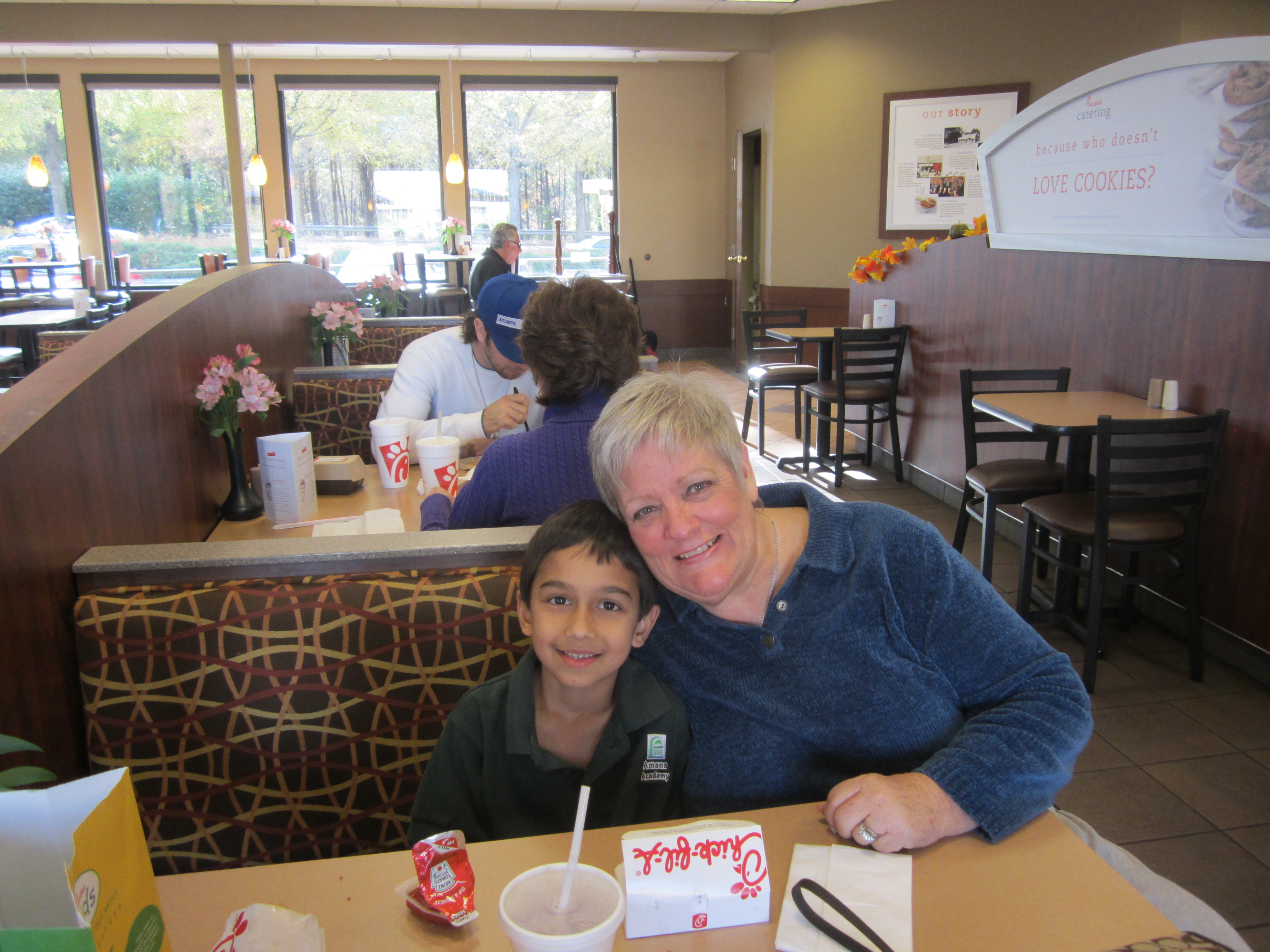 Grammy Day with seven year old grandson, Azaan. Got him a game and some cars then stopped by Chick-fil-a for a snack. Both prizes he chose are those that he can share with his brothers. I’ve noticed of him that he is always so generous and inclusive in his decisions. So proud of him for that rare quality.
I love spending time with my grands and the most enjoyable part for me is our chats. Azaan had gone with his class on a field trip to the Carter Center. He was telling me all about what he learned. Then, I shared with him that on a TV series where I served as a producer/writer that we shot an episode in Plains, Ga. and spent the day with President and Mrs. Carter. His mouth dropped and he turned sideways in his seat to hear all about it!;-)
I told him one of the stories President Carter shared with us about how when he was a boy, you couldn’t be friends with someone with a different color skin. However, President Carter’s best friend, an African American, lived with his parents on President Carter’s Dad’s farm. When he and his friend wanted to go to the movie, they rode the train into the city, but then inside the theatre they had to sit in different sections, because at that time you weren’t allowed to sit together. When the movie was over, they’d meet up outside and ride the train back to the farm.
Azaan is very tender-hearted, always and very instinctively thinking of others. The expression on his little face looked hurt by this account. After a moment to digest it, he responded,”That wasn’t right, Grammy. It’s only skin.”
I greatly anticipate what God will do with the deep compassion flowing with purity from this sweet and empathetic heart. I know it will be something extraordinary! That’s just how God works. (Not sure who enjoys Grammy Days more, the grands or me? Pretty sure it’s the latter;-) My heart is full. Big hugs, D